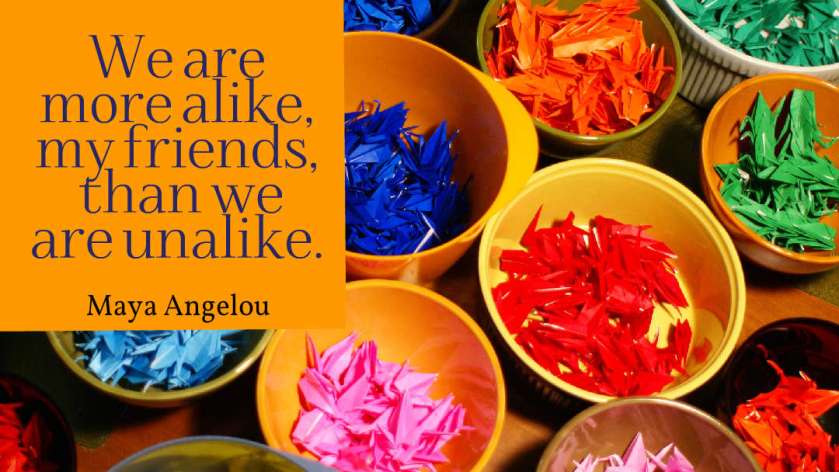 Political divisiveness does little except blind us to our shared humanity.

Instead of embracing our mutual inter-relationships, we may prejudge those with whom we may potentially disagree and push further into our corners, unwilling to listen. Media (including social media) acts seemingly as a gasoline to further fan the flames of hate between us.

Is this who we WANT to be? Or are we just puppets allowing ourselves to be controlled by puppeteers?

Why does it seem that we’ve forgotten that we are all connected?

In the four years since that post, we all know the resulting devastation of the Syrian homeland. We are now in the midst of multiple crises in other foreign countries, including the Americas. The issues are vastly complex, and in need of deep discussions and ultimate compromise from all sides. We don’t need soundbites and further divisiveness by those dug into opposite corners.

Where will we be in another four years time?